Short excerpts from the rough draft of Fallen Angel. 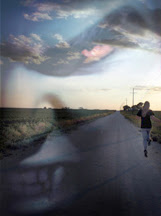